Join us for our weekly services 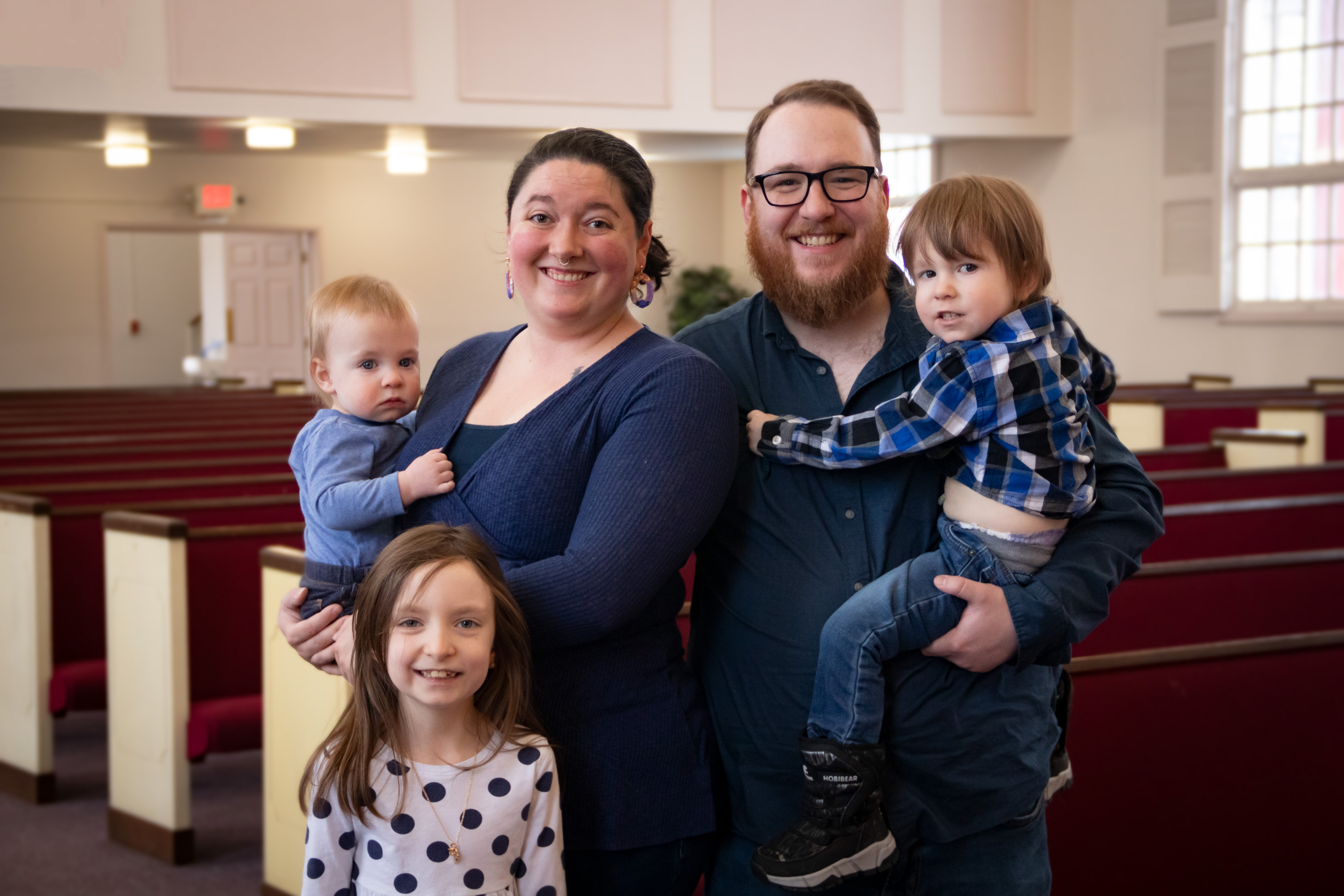 Director of Music and Communication

Tyler is a life-long Alaskan. He received his call to long term ministry just out of high school, and even though he had no idea what it would look like, he made the commitment to stay faithful to that call with every life decision thereafter. Born and raised in Ketchikan, Tyler moved to Anchorage after networking at the University of Alaska Anchorage campus with other believers. That core group of college students would eventually become True North Church.

After serving on a smaller scale in the church as a musician, Tyler transitioned to a full-time position with the church as the Director of Music.

At True North we believe that worship is the prime directive of Christ's church, and that music is a very effective way to be able to participate in collective, communal, expressive worship as a body. Tyler strives to lead worship with Ephesians 5 in mind - through psalms, hymns, and spiritual songs, in a way that is exalting to Christ, unifying to the body of the church, and with excellence as befits an excellent God.

Tyler walks through life with his wife Kaitlyn as they raise their daughter Emma and sons Ronald and Felix. 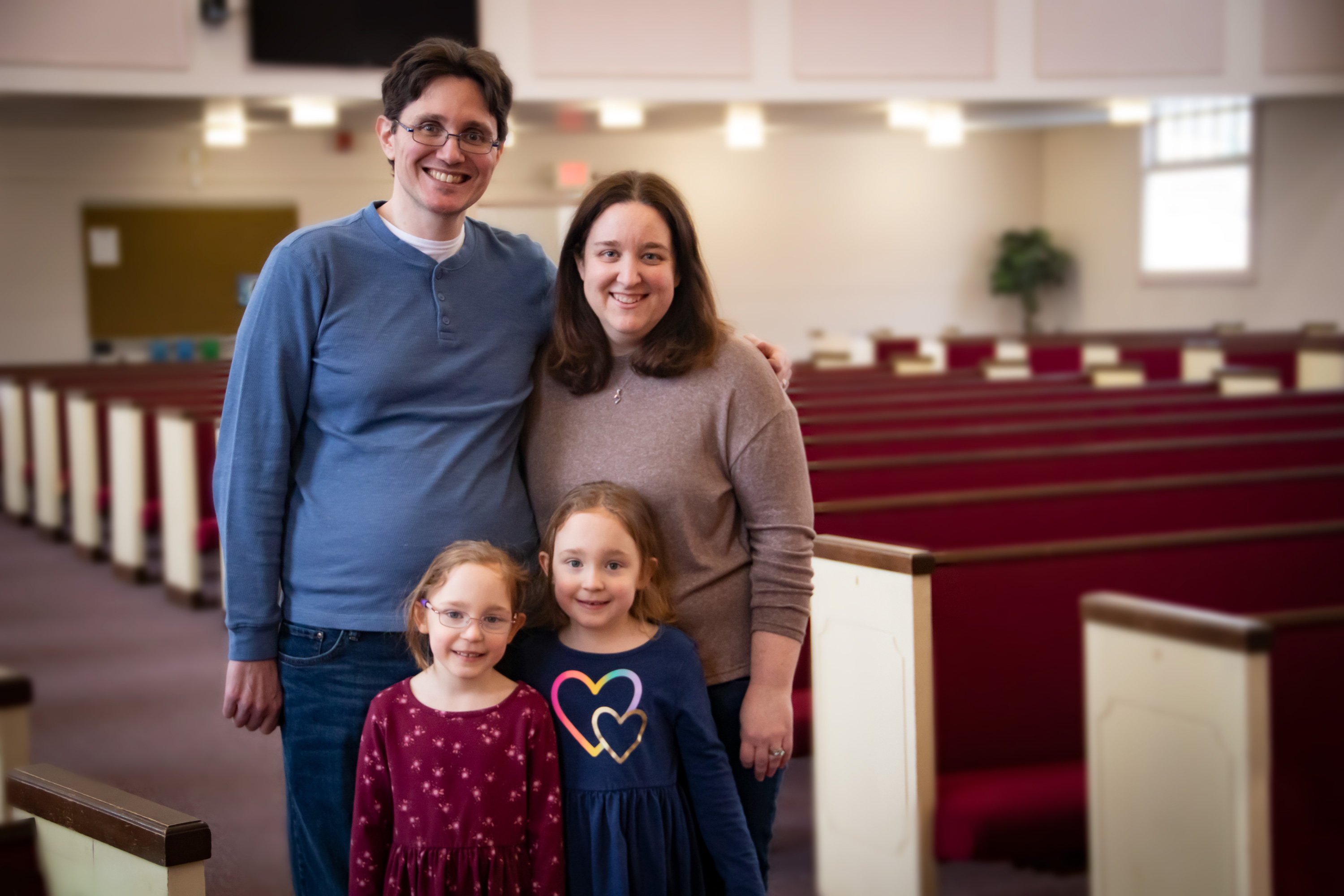 Megan was born and raised in Southern California. She met her husband Nathan in 2001 and they were married in 2006. In 2007, God called them to Anchorage, Alaska. They have been a part of True North since 2014. Megan and Nathan are extremely blessed to be parents to their twin daughters, Natalie and Cassidy.

Megan came to know Jesus in her early 20s and was baptized in 2006. Since then, life has taken Megan and Nathan on many adventures, including the premature delivery of their daughters in 2015 at 26 weeks. Megan and Nathan know that God’s hand is always on their family and credit Him with the miraculous work in the growth and development of the twins. A verse that she has prayed with and over her daughters is from Jeremiah 29:11- “’For I know the plans I have for you,’ declares the LORD, “plans to prosper and not harm you, plans to give you a hope and a future.’”

Megan has spent many years working with young children in many different capacities, including babysitting, as a nanny, and as a preschool lead teacher. Megan graduated from Wayland Baptist University in 2010 with a Bachelor’s Degree in Early Childhood Education. She worked at Anchor Lutheran School as a preschool teacher and assistant administrator until her daughters’ birth. Since then, she has been a full-time mama and wife.

Megan is very honored and excited to take on the role of Childrens’ Minister at True North church and prays that God will lead her each day in His way and for His church. She also prays that the children in True North know that they are precious gifts from the Lord and she wants to help them know this truth every day.

In her free time, Megan enjoys reading novels and using her Cricut for scrapbooking and paper-crafting. She and her family also love to visit Disney as often as possible. 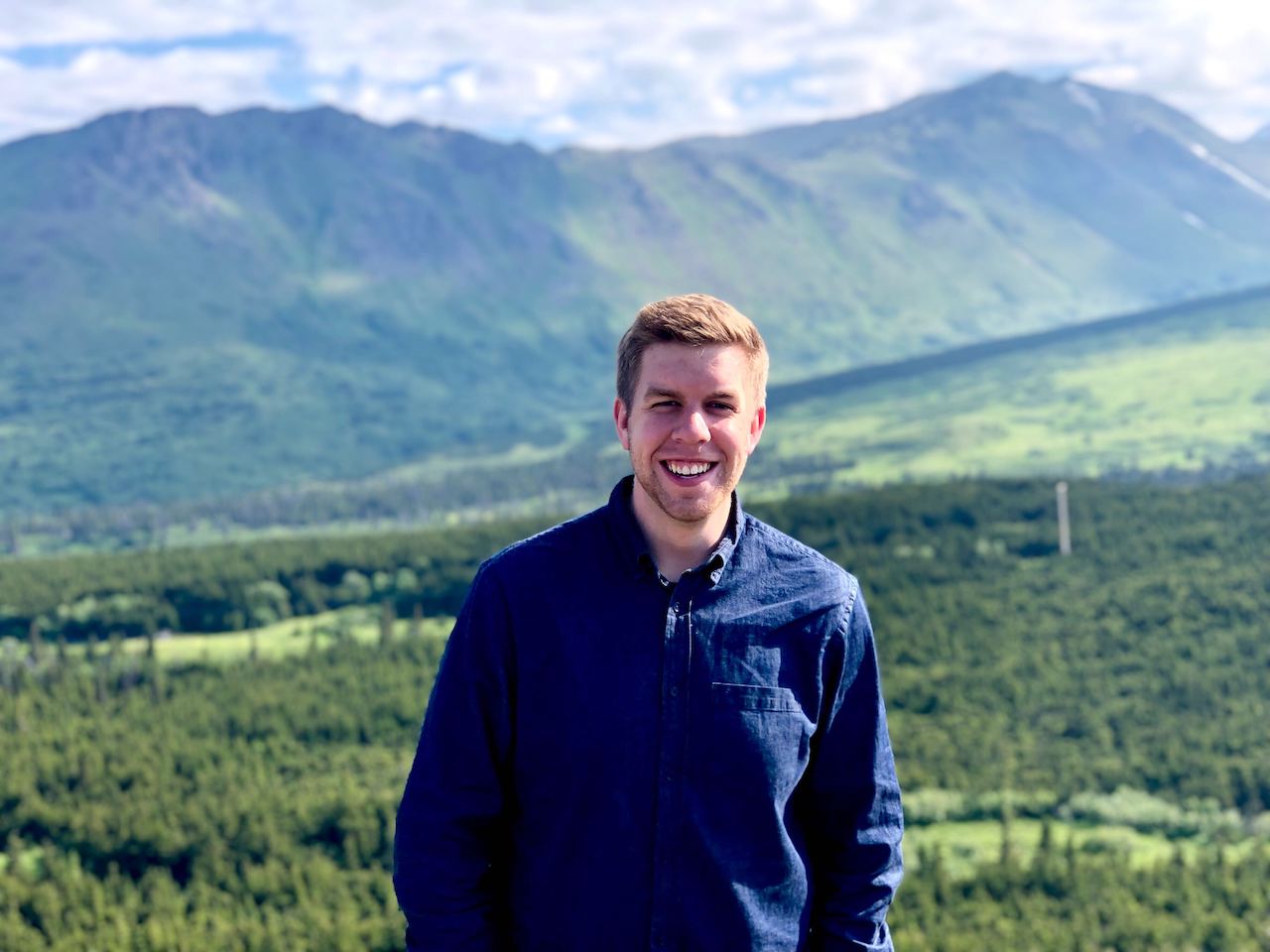 Joshua was born and raised in Georgia as a pastor’s kid. He made a “decision” to be a follower of Jesus at the age of 7. As he matured in his faith, he started to feel a call on his life to pursue vocational ministry. During the summer of his senior year in high school, he took his first steps towards student ministry by interning for his youth pastor. This is where his love for student ministry and student discipleship began.

During his freshman year at Toccoa Falls College, Joshua spent a year as the interim youth pastor at River Point Community church. It was during this time that God confirmed his call to pursue ministry, and Joshua decided to pursue a Bachelor of Science in Youth Ministries and received it in May 2015. After a mission trip to Alaska that summer, Joshua was called to move to Anchorage where he spent five years training in various part-time and volunteer positions. After deciding that he could spend a lifetime in Alaska serving in full time ministry, he applied for this position. Joshua is excited and more than blessed to be part of the True North community.

Joshua’s desire is to see this next generation of youth take pride in their relationship with Jesus and take ownership of their spiritual disciplines. Through the support of the adult leadership of the student ministry and the parents, his goal is to make disciples who make disciples and have the students serve through their giftings in the church.

Joshua loves to do anything Alaskan. Whether it be hiking, backpacking, fishing, driving, drone flying, skiing, snowshoeing, or coffee, he loves doing it especially with friends and family. 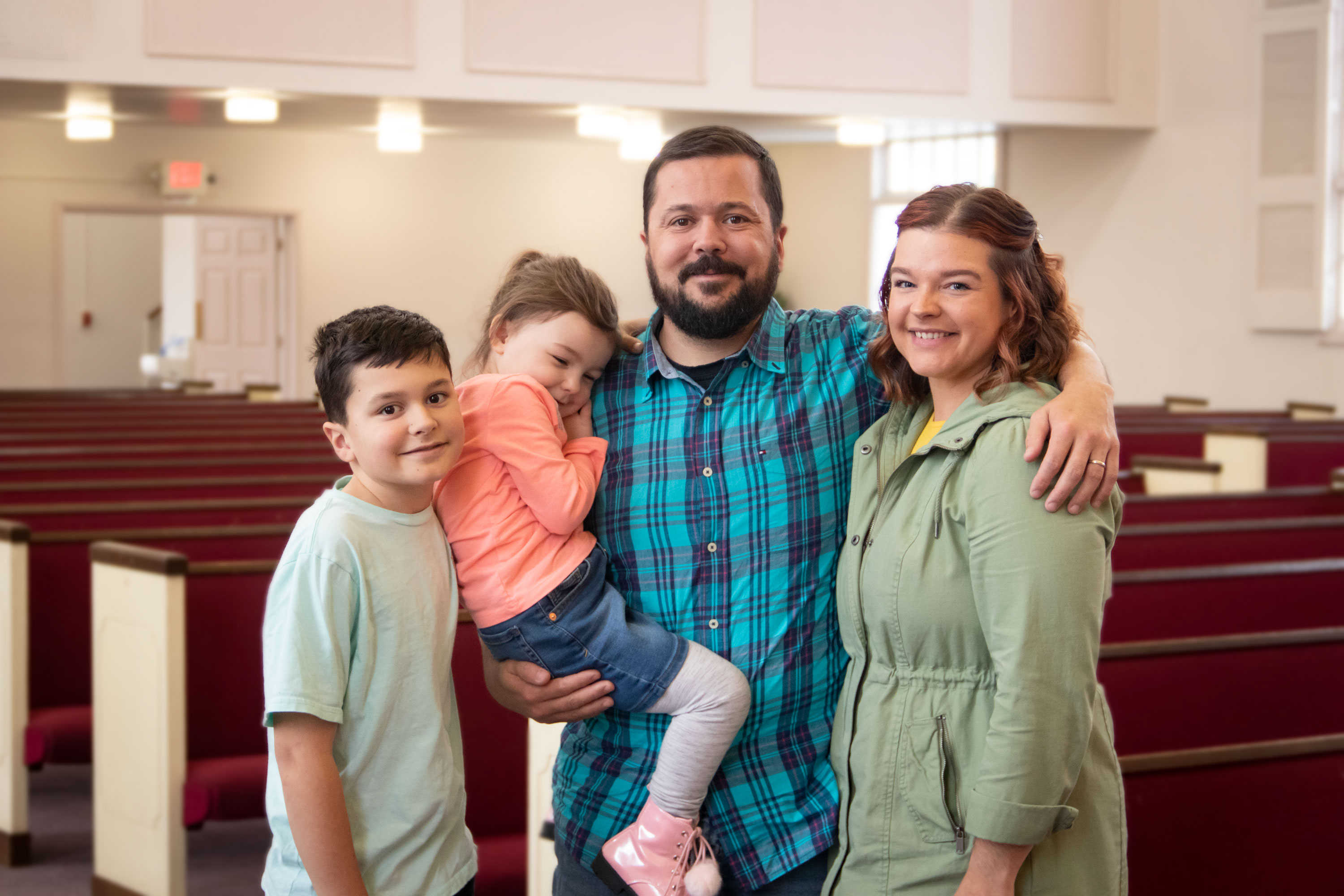 Originally from Oregon, Katie and her husband Josh have called Alaska home since 2012. They have been married since 2009 and are blessed with two kids, Joshua and Reagan.

Katie was raised in a Christian home and knew God but didn’t accept Christ until she was 15. It wasn’t until their sons almost death at birth, that her faith really strengthened and she began to grow in Christ. In 2017 her husband felt the call into ministry. Katie has since been involved in children’s ministry, serving as a children’s church and Sunday school teacher, as well as VBS director. She was also involved in student ministry during the time her husband was a youth pastor. In 2019 Josh and Katie felt a calling to plant a recovery model church. Josh became an endorsed church planter with the North American Mission Board and they planted Set Free Church in February 2021.

Katie was asked once, “What is one difference Jesus makes in your life?” Her answer is that she knows Jesus loves her unconditionally. Katie has a desire to see people, no matter their circumstance, know that unconditional love, accept Christ and then live transformed lives through Him.

In her free time, Katie enjoys hunting, fishing, berry picking, coffee, and spending as much time as possible with her family in Homer. 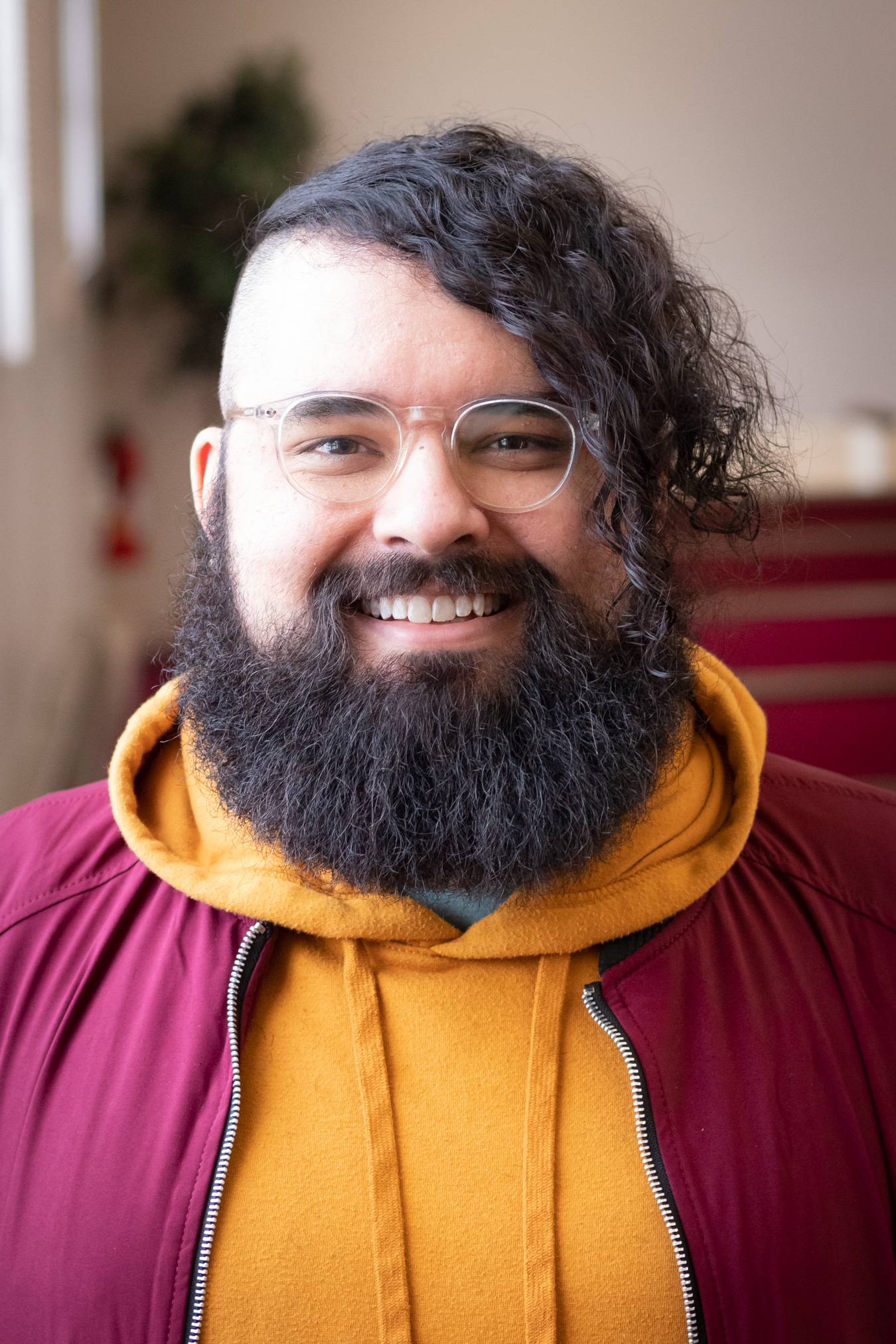 Jet moved up to Alaska in 2014 and now considers it his home. He grew up in church but became serious about it when he was in high school. His favorite verse is 1 Peter 5:7, “Cast all your anxiety on him because he cares for you.” He has a passion for seeing hard-to-reach people come to know the Lord.

In his free time, you can find him drawing, reading, or playing games.